Login
Log in if you have an account
Create an account at Eurofuncenter
By creating an account with our store, you will be able to move through the checkout process faster, store multiple addresses, view and track your orders in your account, and more.
Create an account
Home Nidecker snowboards
Reviews 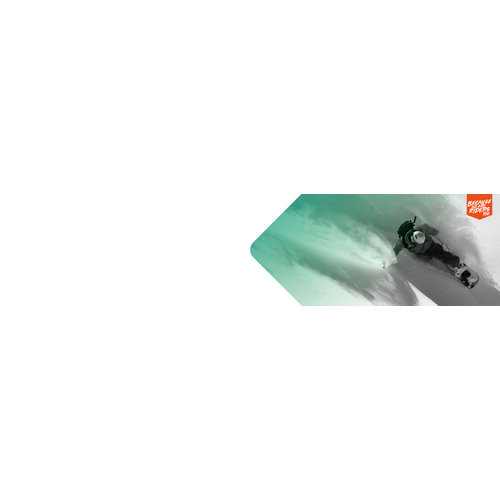 For more than a century, Nidecker has been committed to the development and production of forward-looking and pioneering products. Driven by the passion for winter sports and board sports, Nidecker has produced the following products: Snow sleds, cross-country skis, alpine racing skis, carving skis, snowboards, splitboards, stand up paddleboards, skateboards, water skis, kiteboards and wakeboards. From a wooden wagon wheel to a 3D Nano-Carbon snowboard, below is a timeline of our Nideckers best production performance:

Start of Nidecker
1887-1911 / HENRI I
Henri Nidecker I founded the company in 1887 in the town of Etoy, Switzerland, on the shores of Lake Geneva. Trained as a carpenter, Henri I mastered the art of bending wood and in 1897 obtained the first electric motor in the region. With this powerful new power tool he produced the most wanted ladders, chairs, furniture, carts and wheelbarrows.

THE FIRST SKIs
1912-1961 / HENRI II & III
Around the turn of the century, the workshop moved from Nidecker to Rolle, Switzerland, another small town on Lake Geneva. By using woodworking techniques that he had learned from his father, Henri II produced his first skis in 1912 using ash wood. In 1946, Henri II had taught his son Henri III the trade and shortly thereafter, Henri III built on the inventive legacy of Nidecker by making the first composite skis from ash and hickory wood.

LEADING SKI TECHNOLOGY
1962-1983 / HENRI IV
Nidecker was at the forefront of the fast-growing European ski market in the 60s and 70s. In 1962, Nidecker released one of the first skis made of metal and fiberglass. In 1969, Nidecker had perfected the art of building skis with these two materials and used this expertise to launch the first pair of virtually unbreakable cross-country skis. Henri IV also took over the company at the time and debuted with a revolutionary new ski tag, the "Varai-Clix", which won a gold medal at the 6th international ski show in Geneva.

SNOWBOARDS
1984-1986 / HENRI IV
Nidecker recognized the new wave of winter sports and started designing snowboards in 1982. The first 50 production boards were made by hand in the Rolle workshop in 1984 and had 3D contours. Nidecker snowboards were a great success and in 1985 more than 700 boards were sold, mainly in Switzerland and France. Shortly thereafter, a team of athletes sponsored by Nidecker won the 1986 Alpine Snowboarding World Cup.

SNOWBOARD INNOVATIONS
1991-2009 / HENRI IV
In 1991, the Nidecker snowboard business was booming thanks to board designs such as "The Concept", one of the first asymmetrical snowboards. Nidecker now sold boards in more than 25 countries. The success led Henri IV to rebuild the Rolle office in 1994 into one of the most modern and ecological snowboard factories in the world. In 2002, Nidecker collaborated with the leading Swiss technical university "EPFL" in Lausanne to produce the first "Megalight" snowboard. This feather-light snowboard weighed less than 3 kg. In 2007, Nidecker developed new technologies for welding wood together with the University of Bern. The partnership created a new production process that made it possible to combine wooden cores without glue. Using the technology, Nidecker produced the lightest snowboard in the world at that time, the "Ultralight", which in 2009 won the highest prize in the new technology category at EuroSIMA.

THE NEW GENERATION AND NEW BRANDS
2010 / HENRI IV, HENRY V & BROERS
2010 was an important year for the Nidecker family. Henri IV received the "Lifetime Achievement" award from euroSIMA and also handed the keys of the company to his sons: Henri V, Xavier and Cédric. In the same year the Nidecker brothers created the upstart snowboard brand "YES Snowboards" with four of the most renowned freestyle snowboarders in the world: Romain de Marchi, David Carrier Porcheron (DCP), JP Solberg and Tadashi Fuse. A year later, Nidecker made his debut with freeride snowboard legend Jeremy Jones, another signature snowboard brand. Nidecker and Jones founded "Jones Snowboards", which quickly became one of the world's best manufacturers of freeride snowboards and the innovative backcountry snowboards called "splitboards." Following the success of YES and Jones Snowboards, Nidecker focused on snowboard bindings and founded the "NOW" brand with former pro snowboarder and engineer JF Pelchat. By using an innovative design under the influence of skateboard trucks, NOW bindings won 5 international design awards with their release. The Nidecker family added a snowboard brand to the stable in 2011 with the debut of "Slash by Gigi Snowboards". Slash is a collaboration with the legendary backcountry freestyle snowboarder Gigi Ruf and offers unique board designs that reflect Gigi's creative passion for snowboarding.